quote:
Debris from a United Airlines Boeing 777 fell on parts of a Broomfield neighborhood Saturday.

United Flight 328 was flying from Denver to Honolulu when it experienced a right-engine failure shortly after takeoff, according to the Federal Aviation Administration.

The flight returned to Denver International Airport and landed safely. Passengers deplaned on Runway 26-Right and were bused to the terminal, the FAA said.

Broomfield police tweeted images showing what appears to be a part of the outer cover of the plane's massive jet engine land in the front yard of a home near 13th and Elmwood. There are reports of property damage, according to North Metro Fire. But the extent of the damage is unknown.

Additional debris was seen scattered across turf field at Commons Park. Police are asking people in the community if they come across debris to leave it where it is. 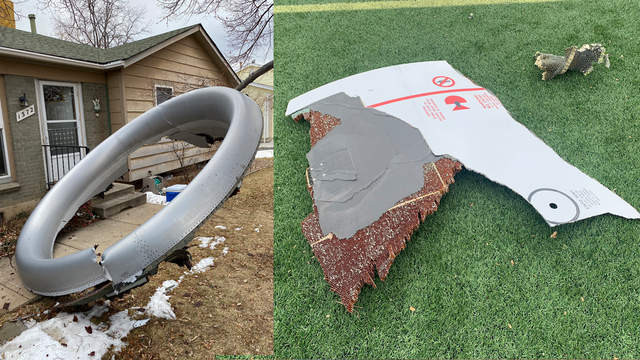 The NTSB is investigating the "engine event".

Ah, another photo from the article: 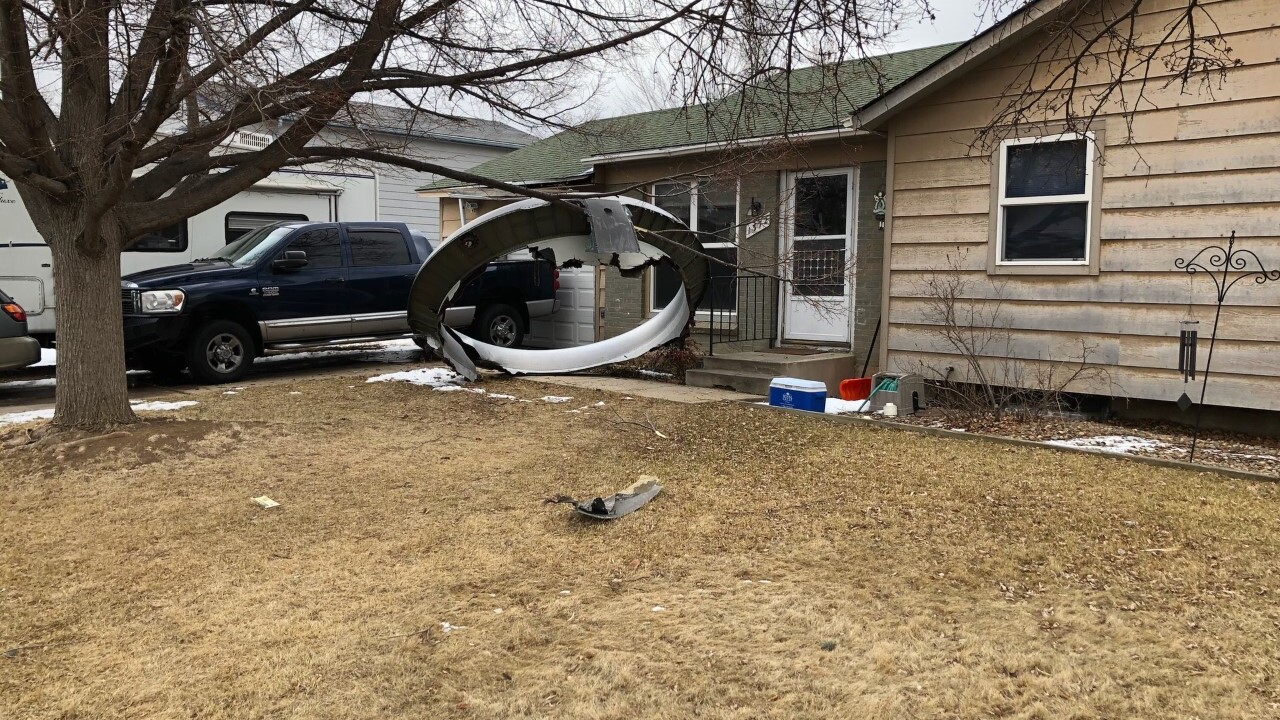 Piano*Dad
One advantage of twitter is that you get news faster ...

Actual video of the engine on fire
pianojuggler

Ooh! Ooh! I know this one! The inlet of a typical 777-200 engine is 10 feet across on the inner diameter and add about 2 or 3 more feet for the outer diameter.

jodi
Omg, that video footage! I would have had a nervous breakdown.

ShiroKuro
My blood pressure is through the roof just watching that video, OMG!!

What can cause an engine to fail that catastrophically ... as opposed to just shutting down.

I'm guessing throwing a blade is high up on the differential.
CHAS 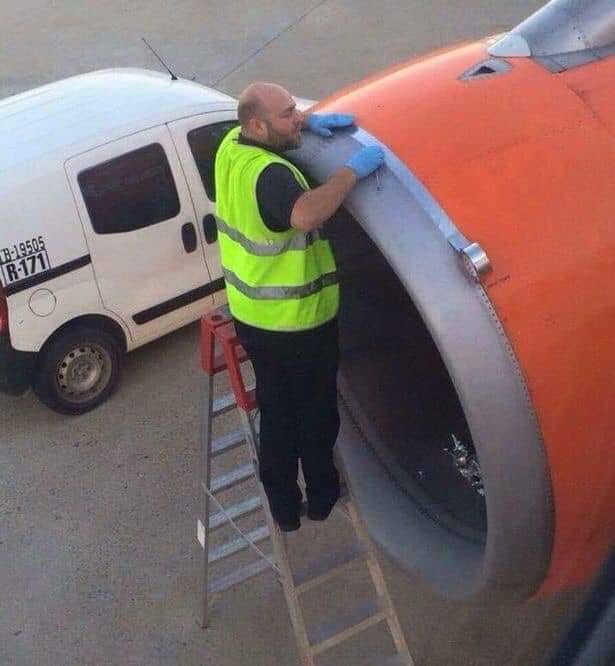 AdagioM
Oh my. Best it didn’t happen over the ocean on the way to Hawaii; that’s a long time over the water.

But sorry about that debris in the front yard!

What can cause an engine to fail that catastrophically ... as opposed to just shutting down.

I'm guessing throwing a blade is high up on the differential.

Well, it could be any of a number of things. Yes, a broken blade is high up on the list of likely causes. A birdstrike is also possible.

Field elevation at DEN is 5400 feet. The reports I saw said the event happened at about 13,000 feet. 7,000 above the ground is pretty high for most birds, and I don't know that Denver has a lot of birds big enough that one would take out an engine. Smaller birds just go right through. And there were no bird remains on the inlet.

An engine surge or stall is also possible. This is like a major hiccup inside the engine, like a backfire in a car engine. Usually a surge is not enough to cause this kind of damage.

I've seen one video from the ground that showed a pretty large flash. My first thought would be a surge, but there could be other causes.

They would still be at climb power, so whatever happened was amplified by the high thrust setting.

The airplane, N772UA, was the fifth 777 built and the third 777 delivered. It was built in 1994, although the engines would have been overhauled or replaced a couple times in the last 25 years. 777 airplanes and PW4000 series engines have outstanding safety histories.

The video from out the window shows the fan windmilling and the engine vibrating or shaking pretty dramatically. That suggests some or all of a fan blade is missing. In other events over the last couple years, loss of fan blades have caused a similar-looking vibration and loss of cowling. By the way, if you saw that video, you're looking at a band of yellow material wrapped around the fan case. That's a Kevlar containment ring that keeps pieces of fan blades from being ejected radially. It looks like it worked.


Of course, an actual preliminary report will be out shortly. In the meantime, I'm just speculating... based on my scant 32 years in the flying machine industry.

Statement from the FAA Administrator:

quote:
“After consulting with my team of aviation safety experts about yesterday’s engine failure aboard a Boeing 777 airplane in Denver, I have directed them to issue an Emergency Airworthiness Directive that would require immediate or stepped-up inspections of Boeing 777 airplanes equipped with certain Pratt & Whitney PW4000 engines,” Dickson said in an emailed statement.

pianojuggler
The Honorable John Goglia, former chairman of the US NTSB described the event as an uncontained engine failure, specifically pointing out that the containment ring failed.

I don’t see evidence of that. In the video out the window, some of the Kevlar fabric is flapping a bit, but if a blade had gone through it, I think there would be a huge hole, and damage to the fuselage or wing where it hit other surfaces.

At this point, the FAA is only mentioning fan blades, not turbine blades or any other part of the engine.

I’d like to find out what Mr. Goglia thinks failed. From the videos online, I’m not seeing it.

It’s an esoteric point, but one that should be made carefully.

Uncontained engine failures usually damage the rest of the airplane. This one doesn’t appear to have done so. The airplane landed otherwise uneventfully.

There are some new pictures, one showing damage to the lower fuselage/center wing box. Looks to me like it's the area where the air conditioning system is. This model airplane did not have fuel in the center wing section.

One fan blade is completely gone. One is missing half the blade.

I am still not seeing damage to the containment ring that a fan blade could have gone through, unless it's just not been in any of the pictures I've seen.

It's possible the damage to the wing box is from part of the engine cowl.

Still, just guesses on my part.