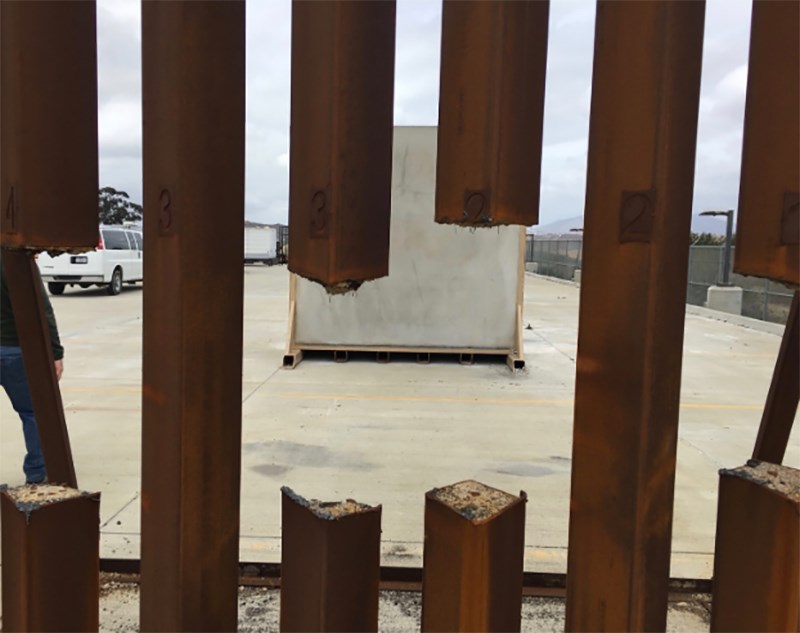 quote:
President Donald Trump has stated that his vision of a “great” and “not penetrable” wall along the border with Mexico would keep “rapists,” “murderers” and other people from breaking into the United States.

But a U.S. Customs and Border Protection report shows new barriers could fail in that job — at least if they’re based on the steel and concrete barriers that were tested in last year’s $5-million Otay Mesa prototype project. The models were meant to inform future wall designs, combining different features of the prototypes.

The heavily-redacted government documents reveal every mock-up was deemed vulnerable to at least one breaching technique. The report, obtained by KPBS through a Freedom of Information Act request filed in January, shows the final results of tactical teams trying to breach or scale the prototypes and mock-ups of the wall. During testing, the teams who observed the damage caused by one breaching technique decided to postpone it on other mock-ups. The technique’s nature was redacted.

Engineers interviewed by KPBS said these sections of the report show that the mock-ups were at risk of collapsing due to the redacted breaching technique.

“It wasn’t intended on their part, but when they ran this test, they must have realized it was causing some kind of major damage to the mock-ups,” said Robert K. Dowell, associate professor of structural engineering at San Diego State University’s Department of Civil, Construction and Environmental Engineering. “And they put it at the end because of that. They thought it was going to collapse.”

Analysis by the CBP regarding various wall prototypes:


pianojuggler
You could really hurt yourself on those sharp edges.

quote:
Originally posted by pianojuggler:
You could really hurt yourself on those sharp edges.